Our ‘connectedness to nature’ can go a lot deeper than just enjoying spending time outdoors. We can feel that nature is part of our home, of ourselves and even that without it we could not live. If you feel at home in a city, this might be difficult to understand an individual’s connection with nature can be heavily influenced by our culture and our surroundings.

In industrialized areas, and predominantly in the western world, nature is often perceived as something that is there for us to use – important when it has economical value but of no intrinsic value. This attitude has developed over a long period of time as humans have evolved away from living in natural areas and being part of nature, depending on nature for our every need, to placing ourselves outside of it and losing touch with how it affects us in our day-to-day lives. 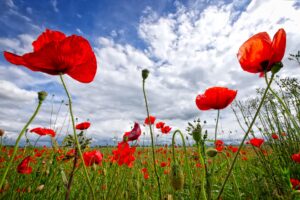 Scientists believe that the level of peoples’ connectedness to nature can be vital when considering how to protect our natural areas. The higher the level of connectedness, the more people are likely to show sustainable and ecological behaviour (e.g., Mayer and Frantz, 2004; Lieflander et al., 2013).  When you feel that something is part of you or feels like home, you are more likely to protect and value it rather than harm it. This not only translates into behaviour connected directly with nature but also into decisions connected to behaviours related to sustainability in general, such as recycling, responsible consumerism, using public transport and so on (Finger, 1994 in Hinds and Sparks, 2008; Mayer and Frantz, 2004). Additionally, research has shown that a feeling of nature connectedness contributes to our satisfaction with life and sense of wellbeing (e.g., White, 2004; Keniger et al., 2013). This concept of the value of nature for people’s wellbeing has recently become recognized in professional health circles; known as ‘green prescribing’, people can be prescribed outdoor activities as part of their treatment or recovery trajectory.

Never has the value of nature to people for recreation become more obvious than during the pandemic. Record numbers of people started visiting local natural areas to walk, run, hike, cycle and play. In my home country of the Netherlands, this influx of people started to have such an impact on the environment that nature organizations had to urge people to stop visiting; areas were being damaged, and animals started leaving. This is a clear example of the negative effect of over-use of nature. However, a positive result would also be expected in that human connectedness with nature would presumably increase and, in the long run, this positive effect could potentially outweigh the short-term damage. Although gaining a closer relationship with nature might be the case for some groups of people, it is sadly not the case for all visitors. During various degrees of lockdowns there were very few alternatives in terms of things to do, people might have chosen going to a park or natural area because it was ‘the only thing to do’. Even though people enjoyed spending time in these areas, this does not automatically lead to an increased interest in nature or a stronger connection. 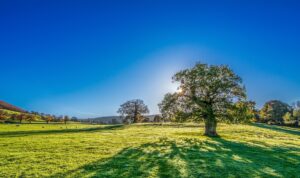 The current global situation does seem like an opportune time to increase levels of human connectedness to nature. But how can we do this? How can we go from people visiting natural areas because there is nothing else to do, to people intrinsically caring for the protection of these areas? This is a question that scientists have been trying to answer, with many focussing on educational programs for children. When children start feeling a stronger connection to nature, they will start sharing their ideas and feelings with their family.

But what about adults? According to a study by Frantz et al. in 2005, a significant part of the problem lies in the fact that we have become very focused on ourselves. A solution might involve being able to move people away from the ‘I’ that is a single person to an ‘I’ that is part of his or her surroundings, the people the culture and the environment. Unfortunately, science has not yet found clear solutions for this issue but there is hope that prescribing nature activities to improve our health will become a more common occurrence, as this shows people directly and very strongly why nature matters to them on a personal level. Additionally, as the attention of scientists for this topic has increased, hopefully more ideas and methods might emerge that can still be used during this time now there is such a large interest in nature activities.

Mayer, F.S. and McPherson Frantz (2004) The connectedness to nature scale: A measure of individuals’ feeling in community with nature. Journal of Environmental Psychology 24: 503–515

White, R. (2004) Interaction with nature during the middle years: Its importance to childrens’ development and nature’s future. White Hutchinson Leisure and Learning Group 1-13