Almost all of us have been exposed to ‘The White Saviour’ strategy at one point or another. It is a technique historically used by organisations to encourage people to donate. It goes a little like this: white person, usually a celebrity, goes to an, often unspecified, African region where conditions are terrible, there are starving children with flies on their faces, and in obvious extreme poverty. The white celeb gets emotional, describing what he or she is experiencing, and begs us to help these poor people with a donation because only we can make the situation better. Sound familiar? This strategy is apparently a very effective one, well known organisations such as Comic Relief have historically been able to generate millions with this sort of promotion.  This year’s Comic Relief will be different, things are changing – let’s explore why.

What’s wrong with the white saviour approach? Well, many of us have apparently started accepting the videos described above as at least a semi-realistic representation of the circumstances in low-income countries. By keeping these ideas alive, us westerners can feel extra good about ourselves as we donate to the cause. Look at us rescuing these poor people, who would otherwise not stand a chance!

You might be thinking that it’s not great to do things this way but if it gets people to donate then what is the problem? Well, even though it is done with the best of intentions, as humanitarian organisations undoubtedly work hard to improve conditions for people in bad situations, all means to an end are not justified.

The problem is that the ‘white saviour’ strategy gives a completely distorted image of developing countries and one that is extremely damaging. The image is portrayed that circumstances in these countries are terrible everywhere and the people in these countries depend on us to make things better, as they could never solve the problems themselves. These videos rarely show areas of the country where things are going well, or effective programs and initiatives developed by local people. 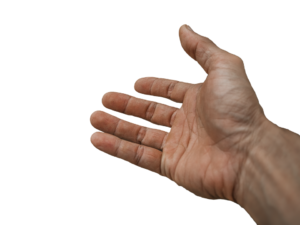 these images, it helps to perpetuate the unconscious perception that these countries and the people living in them aren’t our peers, and that people in low-income countries are helpless and dependent individuals who are not capable of taking initiative, or of improving their circumstances themselves. Organisations are finally starting to think critically about the message they are sending out to secure donations.

Just imagine a situation where people from other countries were visiting your country, but instead of coming to see the beautiful nature or amazing architecture they instead only visit the places where there are poor, homeless or sick people, even though there are plenty of areas where the circumstances are much better. Imagine that such visitors only film these bad areas and the people living there, without offering any context regarding the rest of the country  and then act as if this is what the entire country and its people look like and that without their help things will never get better. How would you feel about this? You would probably be upset because this material does not represent your whole country or your life. Well, that is exactly how many people in low-income countries feel about what western organisations are doing.

It is time that all organisations step away from this damaging ‘white saviour’ approach and offer more nuanced reporting in their pleas for donations. They could show videos produced by local people about how they have used the donated money to develop impactful and meaningful projects and initiatives.

Over the last few years, increasing numbers of people have spoken out on this issue and a lot of criticism was aimed at Comic Relief, a well-known charity in the UK, which had not significantly changed its ‘white saviour strategy’ since it started in 1985. This year, for the first time, Comic Relief announced that celebrities will no longer be sent abroad, instead they will introduce or promote video material made by locals (probably also helped along by the pandemic making travel a lot more difficult!). This is a great development and shows that big organisations are willing to listen and change.

Let’s keep addressing organisations that are still using the white saviour approach. It is crucial that people finally understand that low-income countries are capable of rescuing themselves. The people are not helpless, they have just as many ideas, skills and knowledge as other people and are just as capable of taking initiative and developing and managing projects. As there is often a lack of funding and materials, donations are welcome but are best delivered in a strategic, sustainable way.

Let’s stay critical of the promotional material we see on the television and the internet, is the image that is shown by organisations realistic? If not, let’s ask them about it and show that we do not want to be exposed to these old fashion and unrealistic images any longer. Only when we shake off white saviour ideas, will we finally stop seeing developing countries as pitiable and dependant. Instead, we will be able to see the potential and knowledge that is present and start to address them and cooperate with them as the independent equals they are.