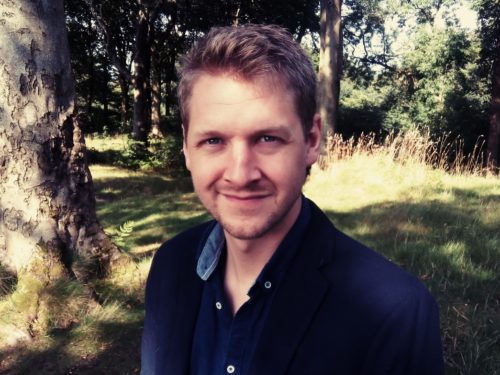 Matthew currently manages community projects for a UK animal welfare charity in the North of England. Through this, Matthew identifies localised barriers to behaviour and uses Human Behaviour Change models to design innovative interventions to overcome a range of behaviours. He also has experience of developing long lasting partnerships with individuals and groups in marginalised communities, most recently with BAME communities. Matthew also collects and analyses qualitative and quantitative data through surveys, focus groups, recorded case studies, WhatsApp and other means. He also delivers presentations and workshops at conferences in the United Kingdom, Europe and North America.

In 2018, Matthew was made an Advisory Committee Member for the Whale Sanctuary Project, where he is developing education programmes for young people and adults.

Matthew worked for several years in education, where he taught in a range of age groups and managed a department of classroom teachers, support staff and parent volunteers as well as various subject departments. During that time, he volunteered for several wildlife conservation charities, developing educational programmes for a global audience while launching his own education conservation program called So What? in the North of England.

In 2013, Matthew self-published the fictional book A Father’s Pride for young people with the aim of raising awareness of the canned lion hunting industry in South Africa. In his 2014 biography My Lion’s Heart, conservationist Gareth Patterson called Matthew one of the “next generation of wildlife warriors.’’

A chat with Matthew

In 2015, I was fortunate enough to attend the first ever Human Behaviour Change for Animal Welfare conference in Dorking. Before attending the conference, I had no experience or knowledge whatsoever of behaviour change! I had never even heard of the term!

However, I was immediately hooked! After listening to inspirational talk after inspirational talk, including those by Elly Hiby, Melissa Liszewski and Manoj Gautam to name just a few (All of which I highly recommend watching on HBCA’s YouTube channel), I was left inspired and ready to learn more about human behaviour change!

Since the conference, I have not looked back! I have spent copious amounts of time, energy and pennies on learning as much as I could about behaviour change in all sectors. Whether it be reading reports by organisations like RARE to watching endless webinars on the fantastic ‘Change Wildlife Consumers’ community site developed by the equally brilliant TRAFFIC – I haven’t been able to fit enough knowledge into my brain. I have been left inspired by the behaviour change work of renowned conservationists like the late and great Alan Rabinowitz to the slightly less well known yet just as important Sonya Kahlenberg at GRACE. My research has not been limited to the wildlife or conservation sector either, I have thoroughly enjoyed learning more from incredible organisations such as the Behavioural Insights Team, Mad*Pow, International Rescue Committee and Fight for Peace to name just a few.

My love for behaviour change has not diminished one bit since the conference back in 2015, and I am cannot wait to continue this journey to improve my knowledge and understanding of behaviour change, to incorporate it into all the projects I manage in the future and most importantly, to help improve the lives of wildlife and communities around the world.

For me, behaviour change is different! Instead of dictating, groups now nudge, incentivise, persuade, educate, empower and inspire individuals and communities to work with them to reach a destination which benefits all of these interested parties.

Basically, anything by Amy Dickman and the Ruaha Carnivore Project team! But if I had to choose I would say their Community Camera-Trapping Initiative.

The aim of the programme is to connect communities with the presence of wildlife on their land. The project had previously been using camera traps themselves, and they wanted to expand this, but lots of the traps were being regularly stolen by villagers for a number of reasons. To combat this, the project decided on a different approach. Instead, they started to train and employ local villagers to set camera traps on their village land.

This is how it works. The project selects two people who train as ‘community camera-trap officers’ for a single village and the project provides all the equipment. Once the traps have been placed and images collected, every image of a wild animal captured on the camera traps generates a certain number of points depending on the likely conflict risk and endangerment of the species concerned. For example, a dikdik = 1000 points but an African wild dog = 20,000 points.

Local villages then compete against each other on a quarterly basis to see who can generate the most points. The winning village for each quarter received approx. $2000 worth of additional community benefits, 2nd gets $1500, 3rd gets $1000 and 4th $500 at the end of the quarter celebration. All the villages are shown the images at his celebration so they can see and learn about the wildlife which is being photographed on their land and directly generating these benefits.

This programme has been a resounding success and you can read more about it below through the link to the project’s website, but most strikingly, whole villages have started putting into place community bans against both lion and elephants hunts. Even more striking is that some villages are starting to fine young cattle men themselves if these men go out on traditional lion hunts. This is compared to before the programme when villages would reward young cattle men for participating in these hunts.

It can often feel like it’s hard to keep up with the pace the advancement of technology is taking right now! Search online and you’ll find conversations about this advancement everywhere. Whether it be videos of Boston Dynamic’s Spot Mini robots climbing stairs with surprising ease to breathtakingly realistic ‘fake’ interviews with political leaders such as Barack Obama. You’ll discover interviews with intellectuals and inventors, such as Sam Harris and Elon Musk, warning us about the Jurassic Park-like threat of artificial intelligence whilst you can easily stumble upon optimistic reports such as ones published by the Institute for Global Change on how governments need to make sure that technology is remade in the service of citizens and in support of burgeoning economies. Some now call this technological revolution the next ‘industrial revolution.’

Irrespective of how excited or uncomfortable we each might feel about this tidal wave of technology on the horizon, the fact is the tide is coming in whether we like it or not. Within the conservation movement, some researchers, scientists and NGOs are already discussing and participating in this next ‘industrial revolution!’ If you look at the fantastic platform WildLabs, you’ll find colleagues in the industry discussing how machine learning can help fight illegal wildlife trade on social media as well as having ethical discussions on the use of AI in conservation. They’re reporting how technology such as sensors can now be harnessed to enhance monitoring capacity or conservation and automated approaches to analysing data streams are revolutionising how large amounts of biological data collected over long amounts of time can now be analysed more effectively.

Therefore my vision for behaviour change over the next five years is a simple one – for my fellow practitioners and the organisations they represent to become part of the technological conversation. Not only will we be fully prepared for the challenges this ‘industrial revolution’ is bound to present, but also as equally as important, we’ll be in the best position possible to capitalise on its seemingly unlimited potential.

I like working with HBCA because above all – Jo, Suzanne and the entire team are welcoming, professional, open to new ways of thinking and supportive of any one who is trying to use behaviour change to improve the lives of animals and communities around the globe.

Think carefully about the behaviour you wish to change! Is it an actual behaviour and at some point are you going to be able to gather enough evidence to say your interventions have changed that behaviour.